Brad Smith is one of the founding fathers of Electronic Dance Music in Florida since its very beginning. He also was one of a handful of people to pioneer the sub-genre of Florida Breaks. He is the owner of the underground label, Crescent Records. He has been DJing since 1992, playing over 1000 DJ gigs under the aliases DJ Brad Smith, Mr. Smith, Spit ‘n’ Blood, Sleven and Praying Mantis. Also, he has been producing his own music since 1992 and releasing tracks since 1996 with over 350 releases under his belt and has charted 33 tracks on the Beatport top 100 charts for Progressive House, Electro House, House, Glitch Hop and Dubstep.

third release on ShiftAxis Records Squares N Things, is a guaranteed banger of an EP. It consists of a Complextro House bassline heavy track with a catchy square wave lead and a brilliant guitar solo during the breakdown. The entire EP consists of huge Glitch Hop, Breaks and Dubstep remixes from Beatport chart topping artists such as DJ Brad Smith, Kill The Queen, Broken Fly, Another Monster and Electronic Ether. If you want guaranteed fire for your next DJ set then do not pass this release up! 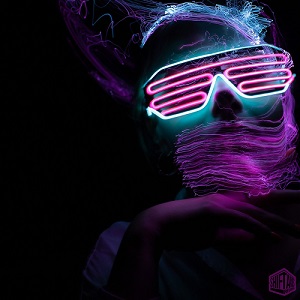