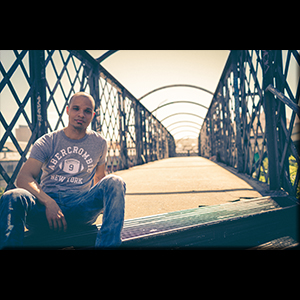 Estevam Acuna Ribeiro a.k.a. Stem has been a DJ and producer since 2004. Born in São Paulo, Brazil as a child he sang in a duet with his brother in church, and his father strongly influenced him to play classical and instrumental music.  He released his first Drum & Bass single in London, ripping across the electronic scene in mid-2007, which led to the release of several songs on vinyl. He composed numerous collaborations with singers such as: Lyzee, Heloa Holanda (was a participant in X Factor Brasil, 2016), Missaka, Nathan Brumley, Jordan Kaahn amongst others. Over the years, Estevam's style and personality has changed.  He now produces House Music and is now known in the scene as the artist, Stem.