Rick Francis is a German EDM and Pop producer who has been working in the music industry since the nineties. Francis discovered his talent for music at an early age, spending his childhood learning violin by ear and listening to a wide range of genres of music. Inspired by his broad taste and passion for music, he soon began creating his own songs with a synthesizer bought for him by his parents and collected a wide range of studio equipment throughout his youth.

First Strike EP is a killer Trap release by Chicago’s own Hip Hop/Trap producer YOGZ! If you are looking for heavy beats coupled with sub-thumpin’ bass lines then look no further than the First Strike EP from YOGZ!

Greg Even brings us his second Hip Hop release on ShiftAxis Records with vocals from Hop Hop guru Ben Z. If you are looking for a groove-locked beat with a mellow melody then pick up a copy of Write feat. Ben Z. With remixes from ShiftAxis Records own NEBUK, YOGZ and heavy hitting newcomer KANG! 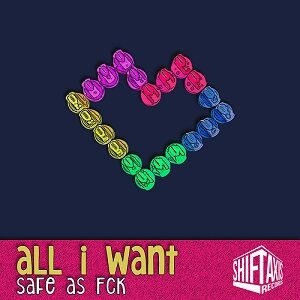