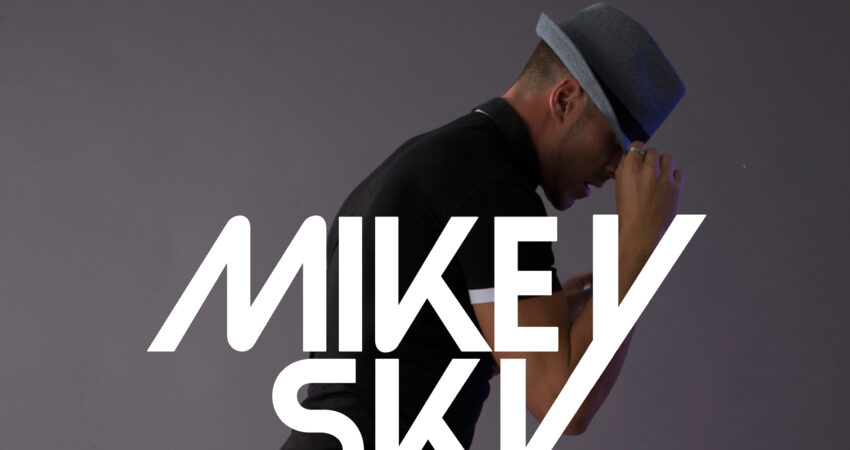 Sweat pouring, fists raised, an army of party-goers stomping to the same beat, there’s little doubt that Mikey Sky (formerly known as BassTrixx), is the 5-Star General of the party scene. This musical mastermind has been decimating dance floors with his stomping beats in clubs and venues all across Canada.

Standing beside other artists such as Dada Life, Spencer & Hill, and Lazy Rich, Mike has always left the crowd frenzied and wanting more. The energy he provides comes from his standing order to those in attendance: get dirty, get crazy, have fun. To help his followers meet this command, Mikey Sky has a salvo of musical ordnance he created and plays: mash-ups and bootlegs of Top 40 hits, underground anthems, and his own produced tracks.

But those aren’t the only accolades pinned to this general’s chest-With the WEMF (World Electronic Music Festival) behind him, Mike took his production skills to the next level and gained formal education in audio engineering & musical production. He then went on to design an EDM/DJ Program for Okanagan Collage. The best way to grow your army is to train your own soldiers.

With a loyal listener base, premier DJ and production skills, and all-out-party mindset, Mikey Sky comes to every event armed and ready. Some step up to the decks to drop bombs, while artists like Mike create revolutions on the dance floor.

SHAKIN’ is a brand new, House EP release from Canadian producer Mikey Sky. It features two-tracks, the original mix and the extended mix. If you are a fan of Funky, Booty Shakin’ beats, then pick up your copy today! Released by ShiftAxis Records.

Let’s Party, a House, Funky, Groove and Jackin’ House release by Canadian producer Mikey Sky. This two-track EP features an Original Mix and Extended mix of pure House-party fun!  Be sure to pick-up your copy today! Released by ShiftAxis Records.

Feel The Floor is a brand new Tech House release from Canadian producer Mikey Sky.  The single features his signature four-on-the-floor, groovy sound. If you are a fan of thoughtful, high-quality craftmanship then this is the perfect track for you! Released by ShiftAxis Records.

Rock This Haus, a brand-new, House Music release from Canadian producer Mikey Sky. This Funky, Groove, Jackin House banger is perfect to set any dance floor on fire! If you’re looking for this summer’s hottest new beat then pick up your copy today! Released by ShiftAxis Records.

(Remix) is a proper Electro House Dance remix from Canadian Dance music producer, Mikey Sky. If you like bouncing beats, catchy melodies and grooving vocal sample cuts then this is the perfect track for you. Released by ShiftAxis Records.

Take Me was written by Porsha after connecting with Mikey Sky via Twitter. She immediately visualized the young EDM generation at a huge festival raging out to the killer drop. Her curiosity of the universe has always inspired her as well as the happening of relationships between two people. If you are looking for a quality Progressive House and Electro House release then look no further than Take Me feat. Porsha by world famous DJ/Producer Mikey Sky.

On The Clock consists of main room dance floor bangers with catchy vocal samples sure to fill any Electro House dance floor. If you are looking for the next big thing to play during your big festival set then be sure to grab a copy of this massive Dutch and Electro House monster by BassTrixx. Get your BassTrixx on!

Buy On The Clock

BassTrixx is back with his second release on ShiftAxis Records and once again bringing the heat with this huge Big Room, Main Room, Electro House 2 track EP entitled, Master Blaster. Master Blaster is a representation of his ability to create quality sound by combining powerful energy with quick-fire short vox samples in order to move your heart along with the beat and pump you up beyond control. If you are looking for some Big Room\Main Room dance-floor filling tracks then look no further than Master Blaster for all your needs.

ShiftAxis Records artist VDG teamed up with Nashville singer/songwriter Nathan Brumley to create this Progressive House melodic masterpiece. The entire EP is rounded out by a remix from Canadian native BassTrixx and a Trap remix from Jazer from the United States.